Ricardo and Maria Elena are both originally from El Salvador. Ricardo’s family owned and operated a coffee plantation; he grew up in the world of coffee production and by the time he was in high school he was helping run the farm. 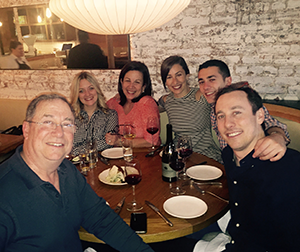 Ricardo left El Salvador to attend college in the States at Texas A&M. After graduation, Ricardo returned to El Salvador and began working for a local export company. His career as a coffee trader was born!

Ricardo and Maria Elena were married in 1980, and the following year they moved to the States. Ricardo has worked as a coffee trader ever since. Over the last 37 years he has worked in New York but visited plantations all over Central and South America. He is an expert in all things coffee: the plants, the cherries, bean selection, water processing, the decaffeination process, roasting, and cupping. 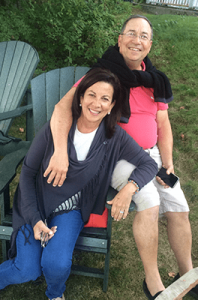 Together Maria Elena and Ricardo have grown passionate about coffee. And now they are ready to share their passion with you.

In addition to coffee, Maria Elena has a passion for Paella.